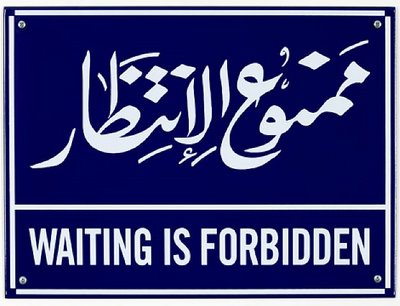 Waiting is Forbidden by Mona Hatoum

In interview with The New York Times in 2009, Emily Jacir (winner of  Venice Biennales golden lion prize) answered ‘ NO Comment’ to a question asking her to confirms her birthplace, Jacir’s point of origin has been variously Traces to ( West Bank, Saudi Arabia, Iraq and the united states)

In doing so, Jacir enables the body of the Diasporas artist to challenge both art histories’ trusty analytical category of the nation state and the contemporary art world’s capitalist need to localize artists and their production.

“The new generation of artists and intellectuals in the Middle East are breaking the mould in creative circle. They reject all attempts to categorize them collectively and are as critical of the western conception of the orient as they are of the social conditions encountered in the region. The new area is political, one which reflects on moral values and to dominate religious and political code. Arab artists and intellectuals ponder intensively over how to dismantle the west’s image of the orient; meanwhile the stereotypical conception prevalent in the west live on.”

This statement provides a good general description of how the few examples of Arab art that reach the west are presented and perceived. Nevertheless, a Quiche review of Arab art of the twentieth century revels the it has always been political and engaged with the dynamic forces of its time, local; and global. In spite of the visual production of the Middle East or the Arab world, there is a fundamental lack of knowledge of what preceded that contemporary art production. 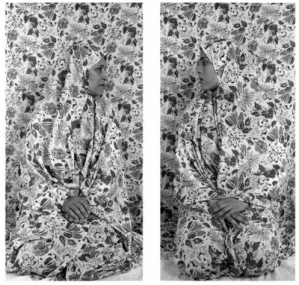 What is Arab art?

How should its production be analyzed, evaluated, critiqued?

How should we write and talk about it, and in what context does it fit?

This confusion stems from many years of refusing to acknowledge that the Arab world had contemporary art-and at the heart of this problem laid the issue of Orientalism and euro-American centrism. 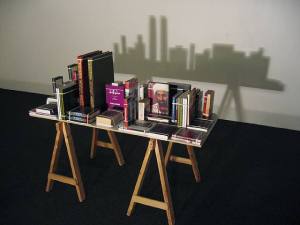 Learning form and imitation of western art was a necessary step for Arad artists in renewing their creativity, it was a means rather than an end. Arab artist’s rapidly moved on from this stage in search of an art that could represent their identities and new national consciousness. In this way they arrived at a nonrepresentational art with roots in their own heritage through which they could attempt intellectual and casual reconciliations of their present and past.

Nevertheless, the main problematic in Arab modern art, since the second half of the twentieth century, has been in hoe to

define its ‘arabness’: how could Arab artists produce an art that

would be fundamentally Arabic? (Curiously, it’s not asked of, say, contemporary American or French art)

War in the Middle East has been, without doubt, the foremost driver of world interests in modern and contemporary Arab art during the last two decades-particularly if these works fitted within the framework of globalization.

–          First Riwaq Biennale for Art and architecture in Ramallah 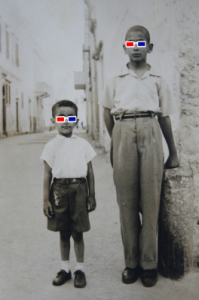 –          Museum of modern and contemporary art established in Algiers 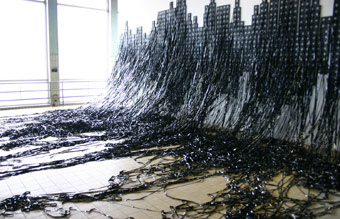